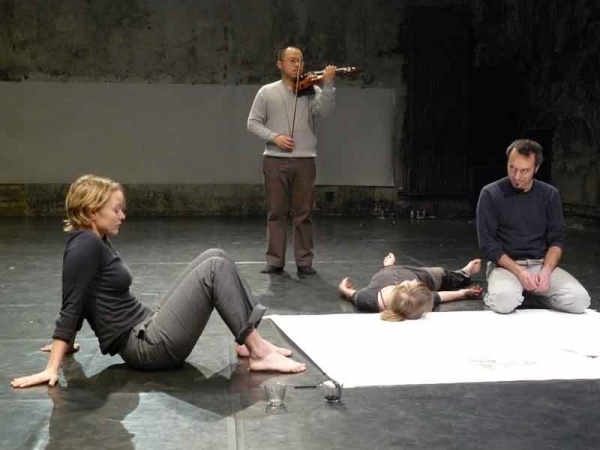 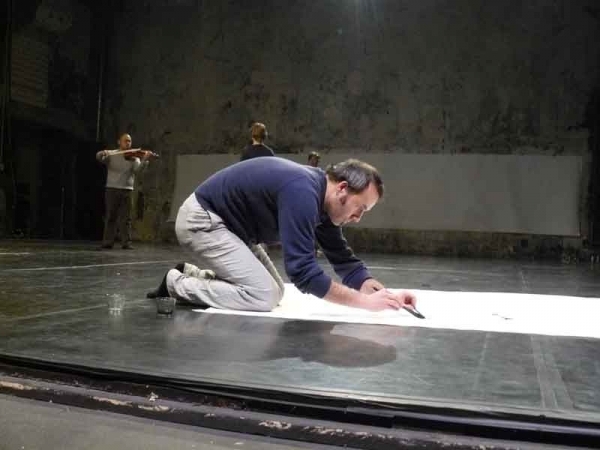 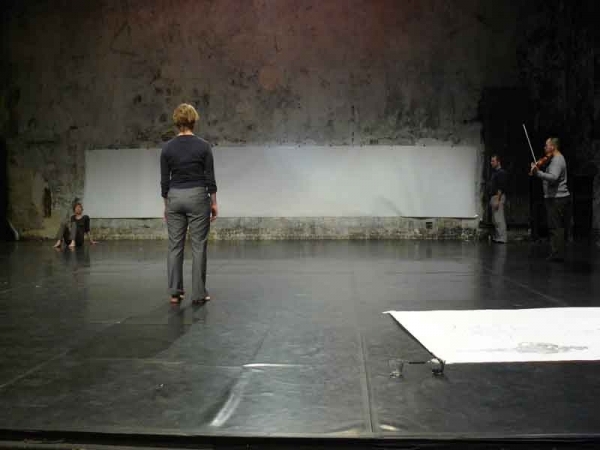 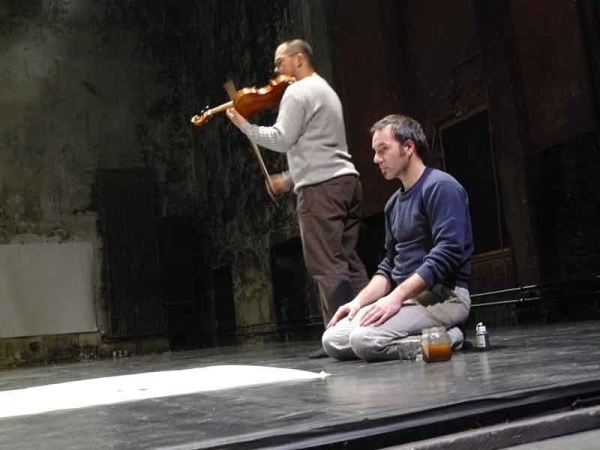 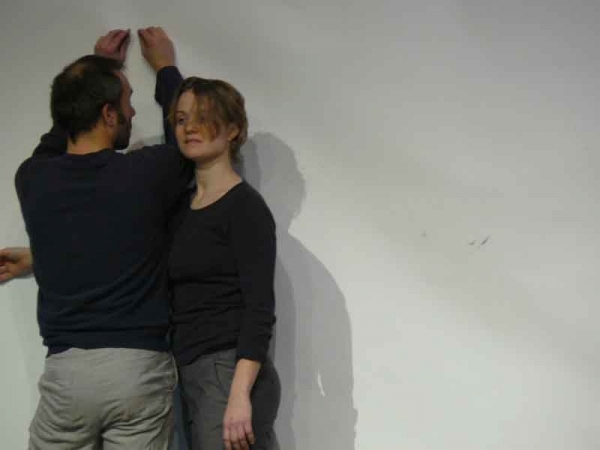 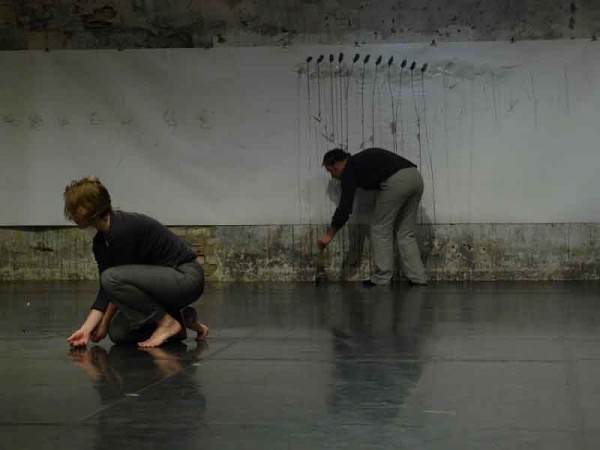 The interface between graphic, sound, and movement was researched in the Project Lost among notations. How does movement let itself be graphically captured, and how do graphic shapes arise from movement? What kind of sounds arises from movement and how do these sounds let themselves be captured through movement and graphic? Sound, Body, and Shape all have their own particular interface between writing and movement.
In Lost among notations the theme was notational process and its connection between drawing, composition, and body.
The intention of the project was to develop interdisciplinary methods of notating for dance and music. Different scores and frames were developed and modulated in order to change the process of notation and direction. The parameters of the different art forms are exchanged, translated, and turned into something visible for the audience.
The artistic research was influenced by artists such as Cy Twombly, Trisha Brown, and John Cage.

Promoted by the university of acting „Ernst Busch“, Berlin